Does Carpet Cause Allergies?

A popular myth, but is it true?

Ever since I became a carpet cleaner in 1994, one popular myth continues to stick around; installed carpeting increased asthma and allergies in humans and pets. We’ve looked high and low for scientific evidence to prove these “facts”, but have come up short. What I’ve found is completely on the contrary over the years. And we clean many surfaces, so we’re not here to sell you carpet and tell you that’s the end all be all solution. We clean tile and grout, stone, upholstery, rugs. Not just carpet. So we aren’t biased in our opinions and findings.
That said, there are at least 3 scientific studies that prove to the contrary that carpet causes allergies and asthma:
This begs the question, how did this myth start in the first place? Well, I think there might be some truth to it. And it comes down to maintenance. Too often we see people wait decades to get their carpets cleaned. This is the worst thing you can do. Carpet is designed to hide soil. We believe the problem lies within that carpet doesn’t “look” dirty when it gets dirty. With hard floors, you can see the dirt and dander sit on top, which usually will make you more attentive to cleaning it. Carpets, not so much. Out of sight, out of mind.

Before you rip out your carpet, do some research about the flooring you’ll be getting. As long as proper maintenance is done to whatever surface you have, then you’re in good hands.
Resources:
http://blog.unitedallergyservices.com/the-surprising-truth-about-carpet
http://www.canadiancarpet.org/carpet_and_health/air_quality/scientific_studies.php
https://shawfloors.com/flooring/how-to/carpet/why-carpet/breathe-easier 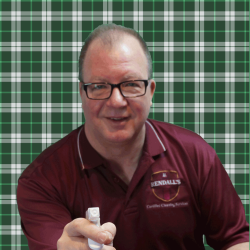 Hit me up!
Scott Rendall
President at Rendall's Certified Cleaning
When I'm not running the most exciting and extraordinary cleaning company in the universe, you will find me organic farming, practicing Hangul (Korean), and studying history.

Hit me up!
Latest posts by Scott Rendall (see all)

8 thoughts on “Does Carpet Cause Allergies?”

As the holiday gatherings near, we'll be sharing some holiday stains that may happen so that you know what to do! Check out today's video: eggnog! 🥚☕Let us know in the comments, do you like eggnog??youtu.be/aLF0O0AtHBY ... See MoreSee Less

Happy Halloween Everyone! 🎃 👻Check out our Halloween stain removal videos from our stain cleaner page, Stain Fu!Happy Halloween! 🎃👻🦇 What is your favorite Halloween treat?And if you happen to get any of these on your carpet, we got you! Check out the links below 👇🍫 CHOCOLATE: youtu.be/i3IvITb5Xjk🍬 CANDY CORN: youtu.be/igy9E-8HtG8🧁 CUPCAKES: youtu.be/quLXUy8Wrcw☕ PUMPKIN SPICE LATTE: youtu.be/lIskQi4c6xE🍎 APPLE CIDER: youtu.be/b1C4I2GDPWU🍮 CARAMEL: youtu.be/xZq5rQBlvZQ🎥Bonus Videos🎥:🧛‍♂️ VAMPIRE BLOOD: youtu.be/_h_-AELxTw0💄 HALLOWEEN MAKEUP: youtu.be/MJu-Z5iT5wcHave a Spooky Fun Halloween, everyone! ... See MoreSee Less

In addition to this, make sure your vacuum is vacuuming! It sounds simple, but we often see vacuums that are not functioning properly due to clogged filters, full bags/canisters, and tangled brush-rollers 😉 ... See MoreSee Less

When this happens, it's usually because the owner only shared it with a small group of people, changed who can see it or it's been deleted.
View on Facebook
· Share

We get asked often if there is a way to remove bleach stains or fix them. Here is our answer! ... See MoreSee Less